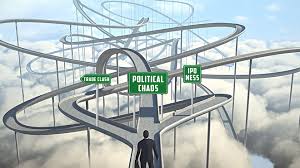 Well, it’s over, at least for a bit. Congress passed, and the President signed, a temporary budget and debt ceiling deal just minutes before the midnight deadline that would have made the US a deadbeat nation. After sixteen days of shutdown, paid employee furloughs, and padlocked national parks and memorials, all we have is an agreement that extends deadlines and commits the Capitol’s warring tribes to negotiate spending and tax reforms that the parties have been previously unable to agree upon.

The year has, no doubt, challenged investors’ nerves and resolve with a multitude of headline events. At the beginning of the year, payroll tax hikes and reduced federal spending from the budget sequestration threatened the fragile recovery. Remember Cyprus? That relatively minor banking crisis brought back fresh doubts on the viability of the euro bloc. China saw its growth sputter earlier in the year as the country backed off its torrid pace of fixed capital investment, which in turn roiled commodity and material markets. There was (and is) the tragedy of Syria, and its civil war in the heart of the Middle East. And last to note, and the granddaddy so far in 2013, were the fears over Fed tapering, which prompted a mini-correction in stock and bond markets over the summer.

The year has offered us no shortage of reasons to dump equities and go into cash. Fear is a powerful emotion, and the toll from the 2008 financial crisis remains fresh in most investors’ minds. Yet the stock market, represented by S&P 500, is up in excess of 20% at present. Considering longer term horizons, the market has not experienced a negative return over any single rolling twenty-year period from 1926 onward. (Records before that are less reliable.) Those eighty-seven years have included a world war, multiple recessions, a Great Depression and a Great Recession, and countless other events to fret over. The old saw that markets climb a wall of worry is evident. As a corollary, we strongly believe that wealth is best stewarded by time in, and not timing, the stock market.

The Fed: Postponing the Inevitable

Still, it is a good process to put the strength of the market in perspective. Stocks are up 20%, although earnings have advanced only 5%or so. Said another way, the higher market has come mostly from expanded price-earnings (P/E) ratios, and less so from stronger corporate profits.

Expanding multiples, if they are forecasting-improving rates of profit growth, are not a bad thing. However, important to the market’s advance have been Fed policies that, in their activism, are without modern precedent. Zero percent interest rates and Fed bond buying have helped to lift stock prices. How much of the strong stock market is due to an improving economy, and how much is due to the Fed, is a matter of hotand ongoing debate.

Since late last year, the Federal Reserve has been buying a total of $85 billion in Treasury bonds and mortgage-backed securities each month to hold down long-term interest rates. The Fed is injecting $1 trillion of liquidity into our $17 trillion economy, helping to levitate asset prices, to the benefit of the investors. In reality, even though the Fed has succeeded in inflating asset prices, economic fundamentals have remained on a slow-growth trajectory.

Given such an apparent disconnect between fundamentals and prices, naturally, investors have become sensitive to any indications of whether Fed policies will remain supportive for asset prices.

Following its September meeting, the Fed surprised investors by announcing no changes to its current pace of QE asset purchases, citing a still-challenged economy and contained inflation risk. We believe the Fed will remain on hold for several months more, given the probably recent damage to momentum from the Washington budget standoff. Still, tapering will happen at some point. Thus, QE-driven multiple expansion can no longer be relied on to move the market higher. Instead, greater emphasis will be placed on corporate earnings, and a focus on fundamentals will once again return.

The Macro Backdrop is Supportive

Even though growth remains moderate and an economy showing “escape velocity” continues to be elusive, recent data suggest a pick-up in activity. Sales of rate-sensitive durables, such as in the autos and housing markets, remain key foundational pillars for growth. Manufacturing is seeing a rebound in activity led by growth in future orders. In contrast, the employment situation remains murky.

Meanwhile, policymakers around the world remain focused on supporting growth. Europe, officially exiting recession after six consecutive quarters of contraction, is investable once again. Though a degree of political instability within the periphery still exists, systemic risks to the Eurozone have greatly diminished.
At the same time, in Japan, after two decades of deflation, structural reforms to both monetary and fiscal policies are having a catalytic effect. The Bank of Japan is working diligently to weaken the Yen, to improve export competitiveness. The Nikkei has levitated as a corresponding result.
Near-term prospects for China are less certain, as central planners work the economic handoff from exceptionally strong infrastructure investment to consumer-driven activity. China has many challenges to address, stemming from its massive expansion of credit over the past decade.
There are strong bilateral trade flows between Europe and China, and the former’s nascent recovery is helping to lend some stability to the latter’s situation.
Corporate Earnings are Key
The economic recovery has been frustratingly slow and tedious, but we believe the path is towards global economic betterment, and one that will translate to an improvement in corporate earnings.
Through and past the recession, corporate managements have proved themselves to be extremely capable in navigating through arduous situations. Despite continued sluggish growth, corporate fundamentals, generally speaking, remain in excellent health -leverage is at record lows while cash levels,and earnings,are at historic highs.
In terms of both earnings-per-share and as a percentage of GDP, companies are the most profitable they have ever been in history. Currently, margins and share repurchases have contributed heavily to earnings growth. Looking ahead, revenue growth should drive corporate performance as cyclical momentum picks up.
A Brief Update on Our Strategy
We are believers on a cyclical recovery, and remain constructive on equities.Negative impacts on the economy caused by the government shutdown will likely be mild and temporary. Valuation is fair on a historical basis, and cheap relative to fixed income. We believe the eventual Fed tapering presents to us not closing doors, but unique opportunities to invest. After five years of reflating the market, the Fed will be cautious and deliberate with their actions,and not pull the proverbial rug from underneath the recovery. Any tightening of monetary policies will likely be accompanied by a more stable and sustainable economic environment.
We think the market will increasingly seek stocks offering strong earnings and dividend growth trajectories, not necessarily higher yields from slower growers. For some time, with rates artificially depressed, the market rally was led primarily by defensively-tilted, high-yielding sectors such as utility and household product companies. We view these so-called “bond proxies” as vulnerable over coming months, as anticipation of a Fed tapering moves closer to the fore.
In fixed income, we are continuing to exercise caution. Despite the risein the 10-year Treasury yield from the lows of 1.6% to the current 2.7%,rates are still low on a historical basis. As the Fed slowly removes itself from buying longer-term bonds, we expect rates will gradually normalize to a higher level beginning sometime next year. At Ascent, we are limiting fresh bond purchases to the minimum required by the client. We are also favoring individual fixed income holdings over mutual funds for our better control over duration and credit quality.
Christopher B. Lai, CFA
Portfolio Manager 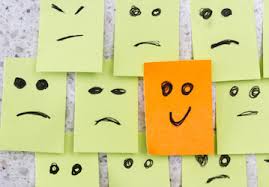 A Note of Optimism 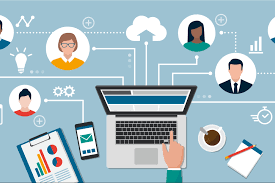